by The Sun Harmonic 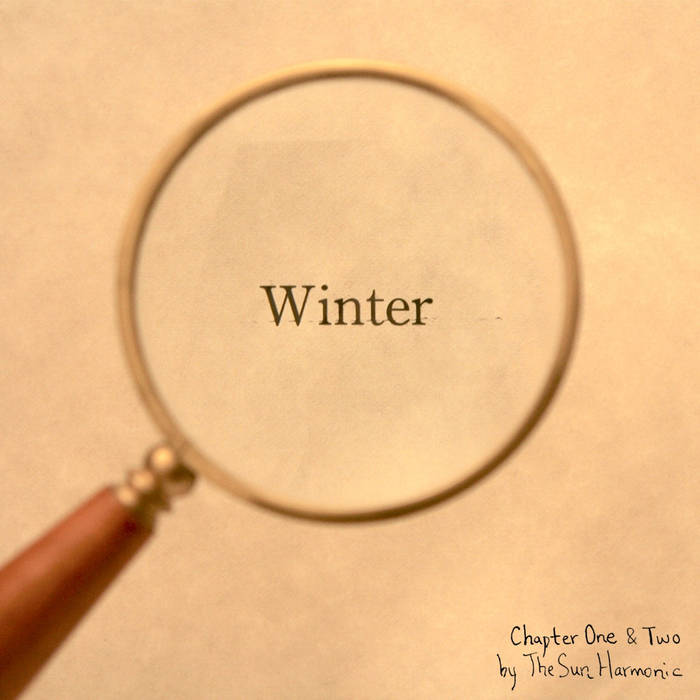 The Sun Harmonic's "Winter", a "piano" album that grew into a folk, rock, jazz and classical magnum opus (per-say). Written, recorded, crafted and released in the Canadian winter season, between New Years Eve 2009 and Winter 2017.

Duration: 88 minutes (as a true piano album should be)
Tracks 1-22 may be enjoyed from front to back. Or on Shuffle.
Chapter One & Chapter Two may also be enjoyed separately.

“C Major Fermata” (Ch. One, no. 9) first composed as a motif on New Years Eve, December 31st, 2009, at Mom’s home in London, Ontario - continued to be arranged and constructed until the final C-natural trumpet note sounded on January 5th, 2017 (a cold winter day)

Thank you to those who helped and inspired the creation of Winter along the way. Special thanks to my family for patiently “sitting back and watching this unfold”, so to speak. Honourable mentions to Warren Hutton, Jimmy Fitzgerald, Dave Skrtich, Nika Smith and Jen Routhier for their creative input, consultation and honesty that shaped this project.

3) The remaining chemistry was conducted over the next 192 hours straight, March 10-17th, and so on until January 14th, 2017, in the basement music lab titled “The Townhouse Recording Facility & Sound Studio” (Riverdale, Toronto): engineered by K. Hikele

No. 2
“Sputnik 1” beep signal recorded/released by NASA - CC License
No. 3
Finale borrows the tune of Auld Lang Syne, traditional folk song (Roud# 6294)
No. 6
Ode to “A Late Night Hue”, an improv composition by K. Hikele: a dedication to Donna Greenway, my Grandmother, at rest December 21st, 2014
No. 7
Ends with three minor bell tolls (a nod to Beethoven)
No. 9/10
Compositions dedicated to composers of the Baroque, Classical and Romantic eras who fueled each Winter season
No. 11
Use of “Apollo 11: That's One Small Step for (a) Man” recording, released by NASA - CC License

Notable releases of The Sun Harmonic (est. 2009) are the concept album/double LP "Winter" and a personal favourite, Chemistry (2010). Proudly independent since 2004 (formerly of The Broadview Band, King Snake Crawl, The Other Birds, The Capitol and Far From Freedom)

Thanks for listening. ... more

Bandcamp Daily  your guide to the world of Bandcamp